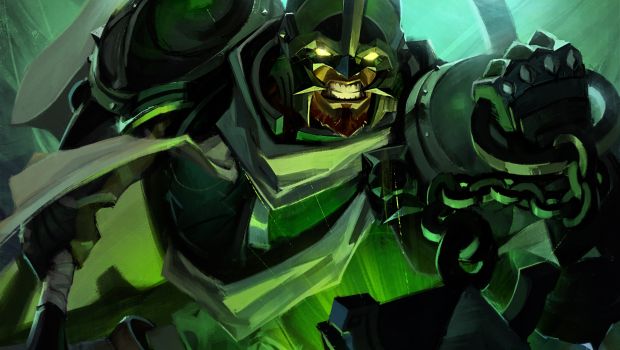 The Infinite Crisis roster has added another name to its ever-expanding list of characters. That new characters name is Arcane Green Lantern and will be added to the in-game line-up on September 16th. If you’re unaware, Infinite Crisis is a MOBA (multiplayer online battle arena) set in the expansive DC universe. The title is being developed by Turbine who previously had a hand in the development of more than a few Lord of the Rings Online expansions.

“Ever watchful of creatures from the Black, Arcane Green Lantern lights a path to victory through support and defense of his allies. Sir Harold Jordan, a highly distinguished member of the Order of Emerald Knights, was only a child when the Shadow League unleashed the Black. Monsters poured from the darkness to slay everyone in their path, including young Harold’s family. If the famed Emerald Knight Alan Scott had not intervened, the boy would have also perished.”

You can sign up for Infinite Crisis’ closed beta here, or instead you can purchase a founders pack. A video highlighting the new Champion is below!