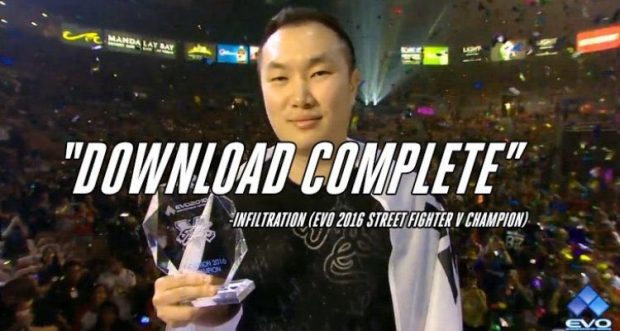 Infiltration has emerged from Evo 2016 as the first ever Street Fighter V champion.

South Korea’s Infiltration, the number one ranked Street Fighter player in the world, made quick work of all of his competitors at Evo 2016 until he faced Japanese powerhouse and former Evo champion Fuudo. Fuudo, playing as R. Mika, used repeated combos to control and defeat Infiltration’s Nash, sending him to the loser’s bracket finals to face the up-and-coming Yukadon for a second chance at Fuudo and the championship.