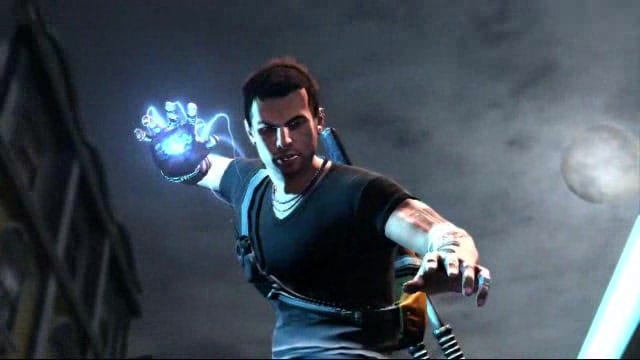 No matter how the plot unfolds at the end of inFamous 2, the story of Cole MacGrath is set to continue.  Capcom has confirmed the protagonist of Insomniac’s popular super-powered action franchise will be joining the roster of combatants in the crossover brawler Street Fighter X Tekken on the PS3 and Vita.

Capcom, a leading worldwide developer and publisher of video games today announced that the greatly anticipated fighting game STREET FIGHTER® X TEKKEN® is in development for NGP. In addition to confirming the title for the new portable entertainment system from Sony Computer Entertainment (SCE), Capcom has unveiled that iconic character Cole MacGrath from the inFAMOUS series will be a playable character exclusive to SCE platforms.

Between this and including Kratos as a PS3-exclusive character in the latest Mortal Kombat, Sony seems invested in raising the visibility of multi-platform games on their systems.  Check back for more details from the show floor as E3 2011 continues!