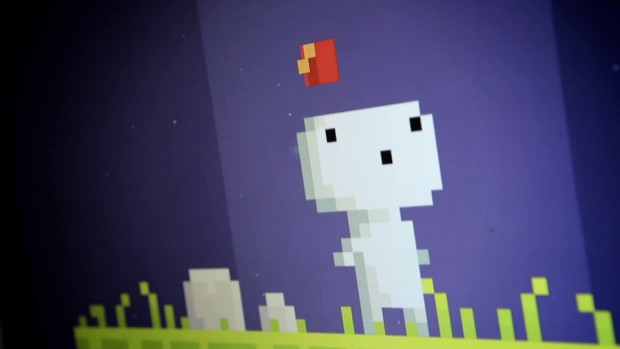 Gaming Trend is live at GDC, bringing you the highlights of all the talks we can squeeze into our schedule. Our coverage continues with a bit of a surprise.  The talk had the innocent-sounding title “Free Indie Games: Curating the DIY Revolution,” and we went to the talk expecting to hear about how the website freeindiegam.es operates.  What we got instead was twenty-five minute screed against mainstream games, mainstream game publishing, Apple and capitalism.

The talk was led by two of the webmasters of freeindiegam.es, Terry Cavanagh and Porpentine.  The talk began with Cavanagh and Porpentine striking a dig at journalists, stating that instead of looking for interesting new games, journalists are more interested in “an interesting story.”  Porpentine feels that this leaves a lot of creative, imaginative games out in the cold simply because they defy the traditional standards of “games.”

What Porpentine and Cavanagh recommend is a process of curation, instead of publishing and journalism—treating games as works of art instead of commercial products.  Both agree that there is a dangerous amount of power in that role, however, pointing to Apple’s repeated censoring of games dealing with real wars or sweatshop labor, despite Apple’s history of reportedly using sweatshop labor.

Over the course of the talk, Porpentine and Cavanagh spent a majority of the time describing some of the fascinating games they’ve played recently, without much commentary except quotes from the games’ authors.  Several times during the talk Porpentine and Cavanagh took digs at larger game publishers, explaining that the experimental design contained in free indie games wouldn’t fit in to the conservative design theories used by most publishers.

When asked what aspiring game designers should take from her talk, Porpentine exclaimed, “Destroy everything!”  She paused for a second before adding “Make games for yourself.”