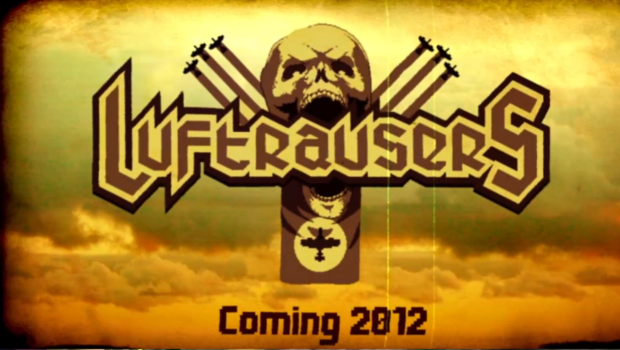 Ripoffs are nothing all that new in gaming, whether we’re talking about on the indie level or the large scale level. But indie portable developer Vlambeer has been getting it particularly bad lately, seeing their games getting duplicated before they’re even released to the public. Well, hot on the heels of one ripoff, another has supposedly taken place – with Vlambeer’s Luftrausers being beaten to the punch yet again, according to Gamasutra. While the trailer to competitor Rubiqlab’s product has been changed from public to private, the word is getting around and prompting some discussion about the ethics of these kinds of moves. After all, no one has accused Vlambeer’s competitors with stealing any assets; they’ve simply taken what they’ve seen of the company’s ideas and rushed to the market ahead of them.

There’s a lot that could be said about this one – these are the things editorials are made of – but for now it’s enough to bring news of this controversy to light and wish Vlambeer the best. Luftrausers does look like a pretty interesting game given what the trailer shows, and I hope to give it a spin when it’s out. But what I’m really interested in here are reader responses. Is ripping off a game concept (not assets, but concept, gameplay and otherwise) unethical? Deplorable? Do you think ideas are ultimately free, and if someone else takes your idea and implements it better, more power to them? Do you have a more nuanced view? Either contact me by email with your comments (victorgrunn over at gmail), or comment below and let all of us at GT know your thoughts.