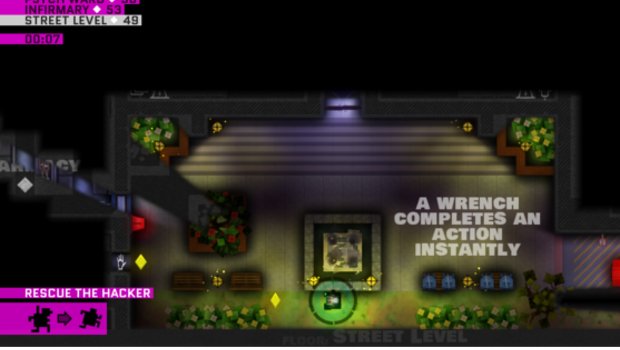 For those of you who have been holding out for the 360 release of Monaco: What’s Yours is Mine, some good news! Pocketwatch Games has announced that the highly regarded co-op stealth game will be released on Microsoft’s console May 10th. Those of you who are unfamiliar with the game should check out the GT review to learn a little about what this gem offers. I still jump into it now and then when I can steel myself against the inevitable embarrassment that’s going to come when I say ‘to hell with it’ and just start running around and grabbing loot while tripping alarms and getting my teammates attacked by guards. Fun stuff!

I can’t vouch for the 360 version for obvious reasons – it’s not out yet – but as the review makes clear, I thought highly of this one. It’s truly unique across the board – in terms of gameplay, graphics, sound and setting. Pretty much exactly what we hope for out of the indie scene when it’s operating at its fullest.