We spend a lot of time on the internet previewing the so-called AAA games–Mass Effect, Call of Duty, and so on–but don’t hear anywhere near as much about games from smaller developers.  But once you dig past the AAA surface, you’ll find that the world of games is a lot bigger than you’d originally thought.

For example, I had no idea that Mars: War Logs existed until I got an email exclaiming the developers were publishing new screenshots, but once I saw it I was really intrigued. From the press release that announced the screenshots:

The screenshots take us to the Red Planet, over a century after the catastrophe that threw the planet and its colonists into chaos. Water has become the most precious resource on the arid planet with a few companies fighting a perpetual war for its control. In the middle of this struggle, players take on the role of Roy Temperance, a renegade with multiple talents, and plunge into a thrilling cyberpunk RPG on Mars! Players develop Roy and his combat style by choosing from dozens of skills and perks, and fight for his life in dynamic real-time combat against the fearsome creatures of Mars. The crafting system lets players create and modify equipment to maintain an edge over their enemies. Dialogue choices as well as actions and decisions will influence the destiny of the people Roy crosses paths with…and perhaps the entire fate of Mars.

A cyberpunk action RPG set on a terraformed Red Planet?  Sounds like the sequel to Total Recall I’ve always wanted, sign me up! 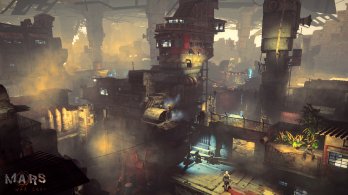 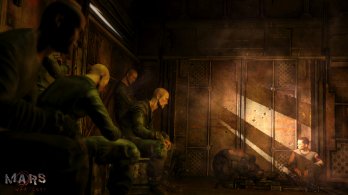 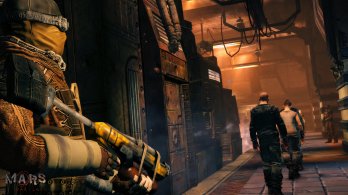 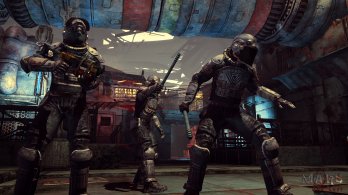 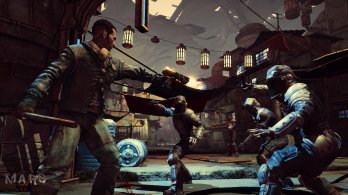 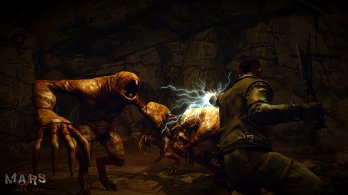