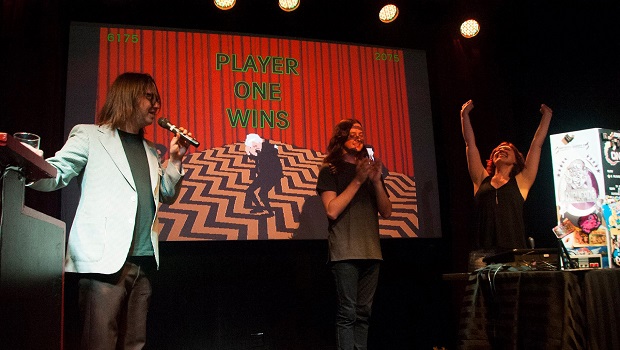 Inside the Barrel O’Fun event center.

Originally part of Fantastic Fest, a genre film festival that ran alongside the showcase, Fantastic Arcade will now be its own standalone event this year. The celebration features special guest panels, developer talks, and tournaments over the three-day period. Held inside one of Mueller’s theaters, Juegos Rancheros will charge $50 for a three-day pass, and a limited number of $10 single day passes if there is room available.

In addition, the arcade space, which holds a showcase of independently created games, will be free of charge for all. This will take place in the Barrel O’Fun event center during the entire duration of Fantastic Arcade. As one of the amenities the three-day entry fee provides, each three-day ticket comes with a digital bundle of games that will premiere in special custom arcade cabinets during Fantastic Arcade. This bundle will also be available separately at a later date.

Inside the Mueller theater.

Fantastic Arcade will take place in Austin, Texas this year on November 17-19. Developers are encouraged to submit their works for the event; a submission form can be found here. Stay tuned for more news on Gaming Trend.