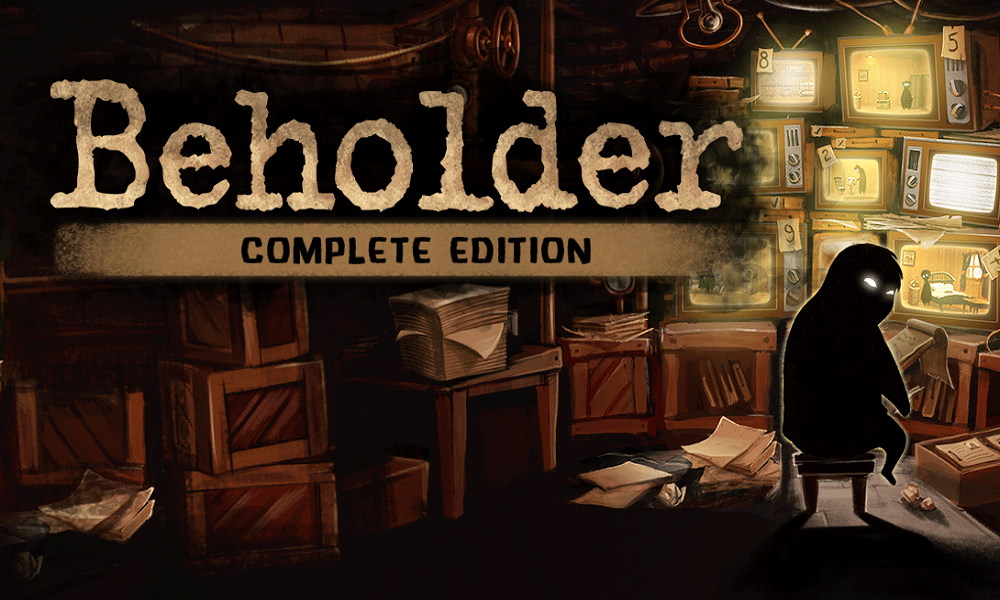 Earlier this week, Curve Digital announced that it would publish the surveillance-based game Beholder on January 2018 for PlayStation 4 and Xbox One. The game will ship with the Blissful Sleep DLC in this new Complete Edition, with a ten percent discount when the game launches on consoles.

Enter Carl, a loyal, government salaryman with a loving wife and two beautiful children. Moving to upgraded living zone 3 is a dream-come-true for Carl, who is tasked with overseeing tenant upkeep as the landlord of a state-run apartment complex. Easy, right? All he needs to do are minor repairs, ensure building security, enforce the no-pets policy, install hidden cameras, and rifle through belongings to find proof of treason! It’s all in a day’s work for those who have dedicated their lives to upholding the government’s stranglehold on their people! But what happens if Carl develops a conscience? Should owning a classical music record tantamount to a death sentence?

Take on the role of Carl and decide your own morality scale in Beholder. With procedurally generated scenarios and over 20 different endings to uncover, choose to protect your family through secret machinations or selfless sacrifice. One thing is for certain: Someone is always watching.

Beholder launches on PlayStation 4 on January 16th with a 10% discount during the week of launch, and Xbox One releases shortly after that on January 19th, 2018.

Sarah had a great time with the base game and DLC on PC, as you can see in her reviews. Stay tuned for more news here on Gaming Trend.