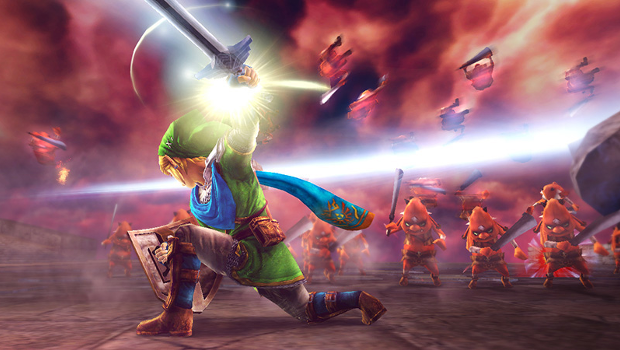 While the game is already out and in stores in Japan (the game’s already getting a new mode in its first update), it looks like Legend of Zelda fans in the West can play Hyrule Warriors at participating Best Buy locations.

Users on Reddit are reporting that Best Buy Wii U kiosks are being updated with videos of Super Smash Bros. for Wii U, Bayonetta 2 and a playable demo of the upcoming Dynasty Warriors-styled Zelda spin-off Hyrule Warriors. The demo apparently lets you play as core characters Link and Zelda or Twilight Princess’ Midna.

If Hyrule Warriors interests you at all, go check your local Best Buy and see if they’ve got a demo up and running.

Hyrule Warriors is coming to Wii U exclusively on September 19th in Europe and September 26th in North America.

For more on the spin-off, check out our preview from this year’s E3.