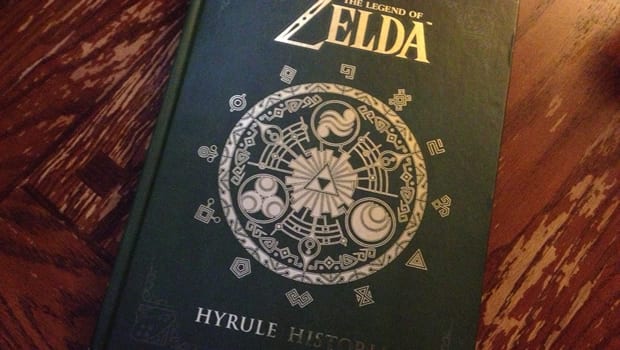 Remember when you fell in love with Zelda? Want to fall in love with it again? Hyrule Historia, a 250+ page volume chronicling the complete encyclopedia of The Legend of Zelda, came out this week and is now available in stores. Originally released in Japan way back in December of 2011 and released here in the US by Dark Horse Comics, this book spent 92 days on Amazon’s best-seller list and it continues to sail skyward.

Featuring a lengthy developmental history of the series, the final word on the long debated timeline, and more concept art than ever before released, Hyrule Historia spans every game in the series; The original 1986 adventure, Ocarina of Time, The Wind Waker, Twilight Princess, even the latest installment for the Wii- Skyward Sword- are represented in loving detail. A treasure trove of Zelda art, the Historia even includes an unused Ganondorf design from the Oracle games of the Game Boy Color days, and a bonus Skyward Sword prequel comic. Whether you’re a die-hard Zelda fanatic, or new to the series that helped put Nintendo on the map, Hyrule Historia has something for everybody.