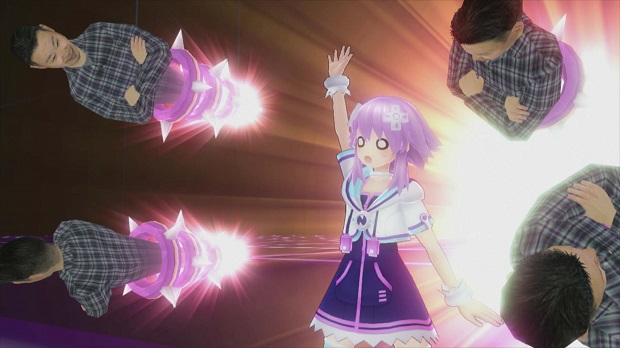 So…Hyperdimension Neptunia is kind of a strange series.  The original game came out in 2010, and it instantly established itself as one of the most bizarre jRPGs in recent memory.  The basic premise of the franchise revolves around a virtual world in which video game consoles are personified as 14 year old girls in sailor outfits.  Yes, you read that correctly.

The latest entry in the series, Hyperdimension Neptunia Victory, arrives in stores today.  While the other games have focused on modern consoles, Victory is taking us back, with characters representing the Playstation, the Famicom, and even the Mega Drive.    Victory also hosts some new features according to a press release put out by NIS America:

You can get your copy of Hyperdimension Neptunia  exclusively on PS3.