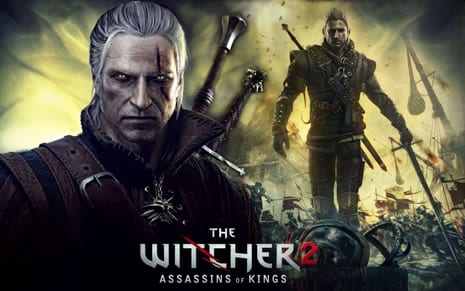 If you didn’t catch the live stream of this year’s CD Projekt RED/GOG.com Conference, you might have missed out on some big news from the developers of The Witcher 2. Fans of series will be excited to hear about plenty of new things coming their way soon, including a free iOS comic set in the Witcher universe that will be released on April 17, 2012 complete with motion graphics, sound, and interactivity. One of the biggest announcements was the news of a review campaign that will offer 1000 free copies of The Witcher 2: Assassins of Kings Enhanced Edition to 360 gamers in exchange for detailed and honest reviews of the game.

Good news for Xbox gamers. CD Projekt RED is known for listening to their community and is embarking on an audacious crowdsourced review campaign whereby they will give 1000 copies of The Witcher 2: Assassins of Kings Enhanced Edition for the Xbox 360 to enthusiast reviewers. Interested fans who  want to write their very own, original review are welcome to go to thewitcher.com/review. Just fill in the form and in a few days CD Projekt RED will contact you.

That’s not all. Also announced was the arrival of The Witcher to Macs today. Steam players who have previously purchased the game for PC will find the Mac version already added to their accounts, and new Mac players will be able to buy The Witcher: Enhanced Edition on Steam as well. As for The Witcher 2: Assassins of Kings, every owner of the game will recieve a free DRM-free backup copy courtesy of GOG.com regardless of when or where they bought the game. More details on this program can be found here.

The Witcher 2: Assassins of Kings Enhanced Edition will be released on April 17, 2012 and will be available to PC gamers for early download starting April 11.