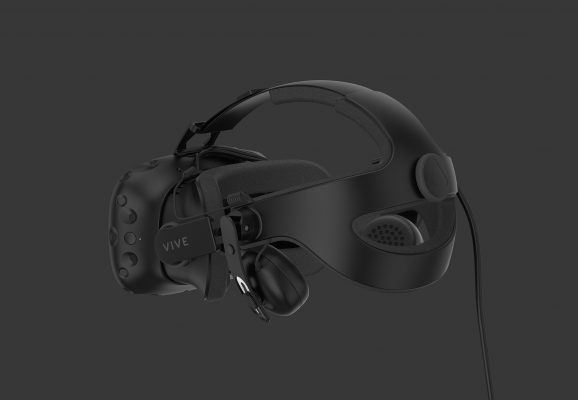 If you are a Vive owner, you’ve been waiting for this moment — the HTC Vive Deluxe Audio Strap now has an official release date this June.  Revealed on their official blog, the strap features a sizing dial, removing the need to fiddle with the velcro side strap for the unit, and allowing multiple players to swap in and out at will. It also has (removable) integrated audio, so having to plug in ear buds or headphones is no longer a requirement.

Folks who have had their hands on them at trade events have said it’s a real game changer, pushing the weight of the Vive headset towards the back of the unit, enabling a much more comfortable and lengthy play session. If you are also looking forward to the TPCast wireless rig, you’ll be happy to know that Chinese users who have gotten their hands on that system (and confirmed by the developer themselves) say that it is 100% compatible.

The Deluxe Audio Strap will start shipping in June at an MSRP of $99. You can pick it up at Vive.com or at Vive retailers.