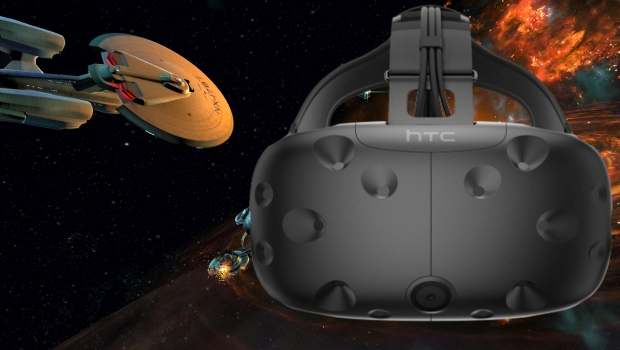 HTC is on a roll this week, knocking it out of the park with several big announcements.  They have the launch of the Deluxe Audio Strap next week (you can check out our review here — it’s a real game changer), and now they are announcing that they’ve partnered with Ubisoft to deliver a copy of Star Trek: Bridge Crew with every HTC Vive VR headset purchase!   We recently took to the stars as a crew of the most unprofessional officers (and one filthy red shirt) in Starfleet in our review of the game, and we came away incredibly impressed.  It’s the first game we could declare as a must-have for every VR gamer, and now HTC is ensuring everyone with a Vive gets to try it for themselves.   Here’s a snippet from our review:

I cannot overstate just how amazing Star Trek: Bridge Crew is when played with friends. As the game gets tense, players embrace their roles and begin reflexively answering commands with “Aye aye, sir” and “Coming about, Captain” type responses. There’s something very visceral about it, and you really felt as if you were letting your crew down if you missed a command or forgot to scan a ship. As missions got more complicated and tense, everyone settled into their role and stayed calm and collected in the heat of battle. It’s a hell of a lot of fun, and role playing the part comes very naturally. Telling your crew to prepare for warp and then issuing the command to “Punch it” never felt so good.

The only way I was able to log over a dozen hours of VR in less than two days was courtesy of their new Deluxe Audio Strap.  I can’t overstate this enough — it evolves the comfort of the Vive to a whole new level.

With the wireless TPCast kit coming soon, and whatever else they have to announce at E3 and other upcoming VR conventions, HTC is on a roll.   Thanks to HTC, we’ll see you in the stars!