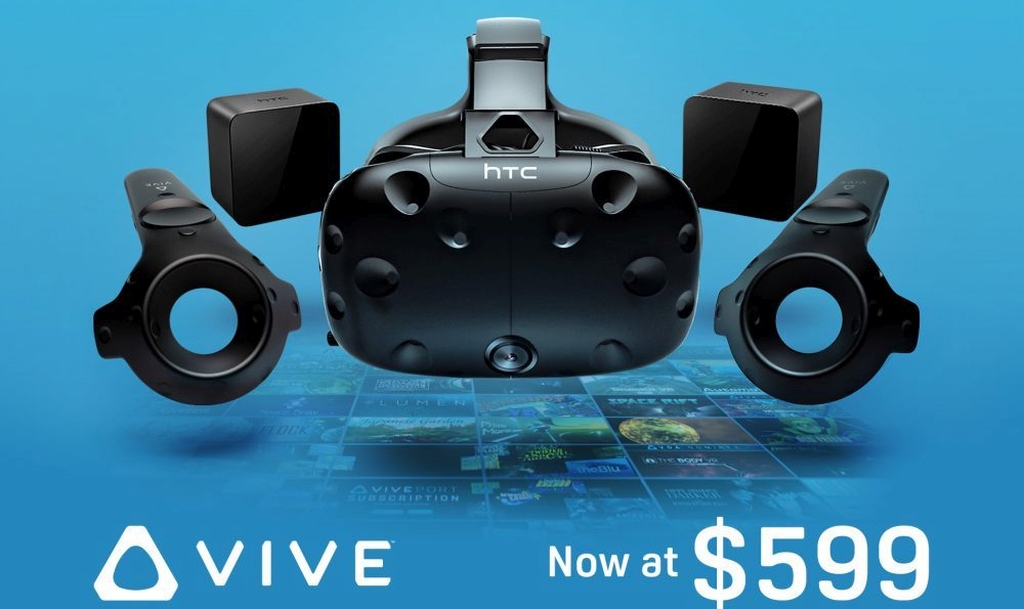 VR headsets are getting downright affordable, and HTC just joined the party with a $200 price cut for the HTC Vive, effective immediately. Pulling the price down to $599, the Vive will also come with a free month of Viveport, HTC’s portal where you can try out five titles per month, including games and interactive experiences like Richie’s Plank Experience, EverestVR, and Google’s Tilt Brush.

If you are one of the people hanging on the outside of the cool kids VR club saying “I’ll wait until there are more games”, your excuse has gone up in smoke. There are now more than 3,600 titles available via Steam and Viveport, with more in development every single day. Popular engines like Unreal Engine 5 and Unity support VR right out of the box. Better still, the has been making steady hardware improvements to the platform, cutting more than 20% off the total weight of the system, and adding optional addons like the Deluxe Audio Strap. Also coming soon is another addon called TPCast which will make the entire rig wireless. It’s clear HTC is in it to win it.

The HTC Vive is available via Amazon for $599, shipping with two room-scale lighthouses, and two wand controllers. If you’d like to get a head start on what games to pick up, look no further than our VR section right here at Gaming Trend.