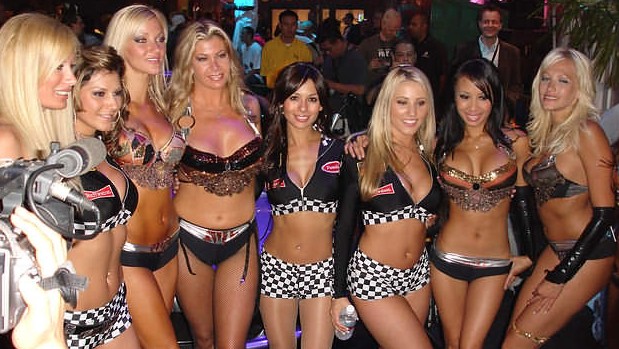 This industry can be really, really weird sometimes. From having a contest encouraging con goers to lust after booth babes, to advertising on gravestones, video game publishers come up with some real wack-a-doodle ways to get their marketing messages across. And there’s no one singular place for the convergence of this sort of mainstream insanity than E3: a place where dubstep booms from every loudspeaker and gaggles of unwashed nerds ogle virtually bare-chested booth babes, all in the name of trying to draw mindshare towards the latest crazy ideas. As E3 rapidly approaches, Venturebeat has compiled a list of some of the most “this-is-way-too-crazy-to-be-fiction” stories, all from the people who got to experience these events first hand.

As an example, Michael Pachter weighed in on his reaction to the Gizmondo booth:

My favorite was the Gizmondo booth in 2004 (before it was out). The girls working there were attractive in an incredibly sleazy way, and I mentioned politely that they looked sort of like strippers or hookers and asked the chief executive officer which modeling agency he used.

“They are strippers and hookers,” he said.

Yeah, these stories tend to be more of the rule than the exception. Venturebeat’s got way more where this came from, and be sure to stick around for our own coverage of E3. Who knows? Maybe we’ll have a tale or two to tell ourselves.