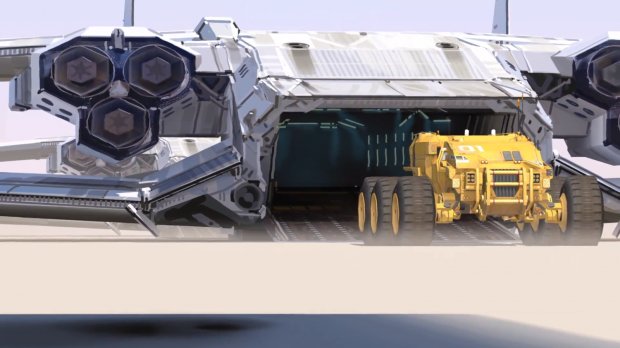 You may have guessed it by now, but I really like Homeworld.  So you’d better believe I’m intrigued by the upcoming title from BlackBird Interactive, Hardware.  And I’m not the only one, it seems, as BBI has apparently had enough interest to justify the opening of a founders program–prepaying for beta access and extra goodies.  What’ll you get for your trouble?  Beta access, of course…but wait, there’s more!

You know how I know this game will be awesome?  Because the press release is advertising the manual.  As somebody who spent far too long with his nose buried deep in the manuals of a whole bunch of games back in the day, that strikes me right in the nostalgia.  I doubt I’ll ever have a physical manual to hold and read again, but I’ve always enjoyed the extra look you into a game you can get from a good manual.

If you want a bit more info about the package’s in-game usefulness, you should check out the video below.  Pay attention to the soundtrack.  If that isn’t a track from Paul Ruskay–the man behind the glorious Homeworld soundtrack–I’ll shave my beard.