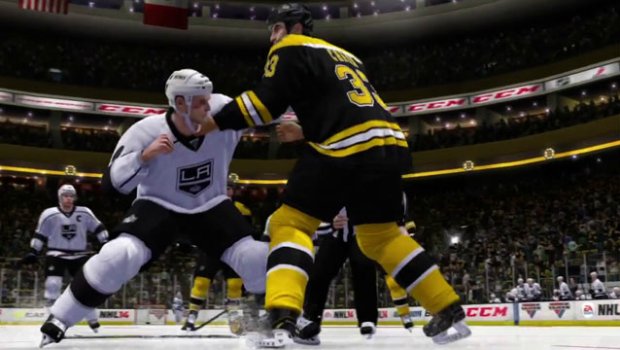 NHL 14 has introduced a new Enforcer Engine, an in-game dynamic that brings the strategy and intensity of hockey fights to their hockey franchise.  The video below will teach all players the art of the fight, complete with snarling, sweaty faces and wobbly ice-skate footwork.

With a combination of triggers and buttons, players can control placement, balance, and timing to make their fights count.  Fights can happen in free skate or in a clinch, where two players hold themselves together and fight close-up.  There are numerous ways to get the upper hand, all very sensitive to timing and accuracy.

There really isn’t much to say about this new addition, besides the fact that it’s a little ridiculous that interruptive fights within a major team sport is such an acceptable and admired facet of the game.  So much so that EA Sports felt the need to make a complicated “game within a game” process for their hockey title.  Can you imagine if we let our football players fight it out whenever they wanted?