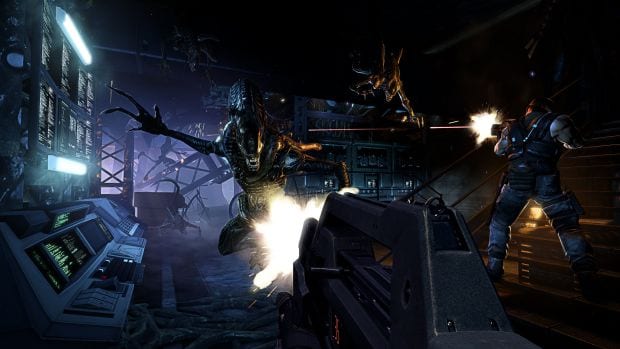 Welcome to Hit Points, a brand new segment on Gaming Trend where we sit down and play through a decent chunk of some of the games we’ve been playing lately. This week, we’re playing Aliens: Colonial Marines. See that picture up there? Looks nice, right? Imagine our surprise when we got the version of the game that was missing all of the textures and detail that picture supposedly shows us. Watch us stumble through nearly an hour of some of the worst gameplay we’ve seen since the original Xbox — and that’s actually doing a disservice to original Xbox games. The fact that this came from the studio that brought us Borderlands — and that Duke Nukem Forever seemed like a more polished game — is astounding. Want to see what the video game equivalent of a train wreck looks like? Hit the jump below for the full video.