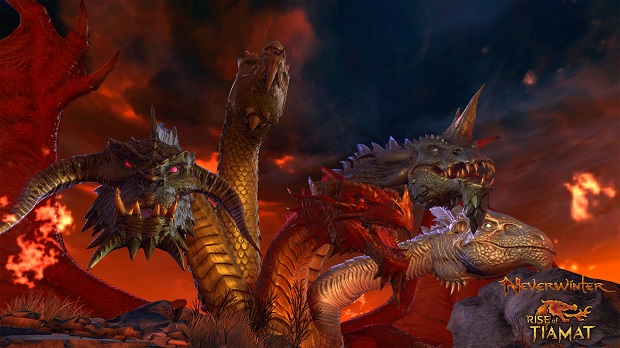 Arc Games has released a new trailer for its upcoming Neverwinter expansion called Rise of Tiamat.

This expansion will be available for free for all Xbox One players sometime in the month of June, and will allow them to fight a five-headed dragon named Tiamat. Arc explains where the expansion takes place in the game’s timeline with the following synopsis:

Neverwinter: Rise of Tiamat follows the events of the currently available Neverwinter: Tyranny of Dragons campaign and the Siege of Neverwinter event that is now live on Xbox One. As the Cult of the Dragon looks to resurrect the five-headed draconic goddess Tiamat from the Nine Hells, adventurers must band together to prevent the catastrophic takeover of the city of Neverwinter. The upcoming expansion will also introduce the Well of Dragons – the legendary graveyard of dragons – where players will take part in a variety of new heroic encounters as they work towards completing the final chapters of the Tyranny of Dragons campaign.”

Neverwinter if free-to-play on Xbox One right now. For more on the MMO, check out Gaming Trend’s review.