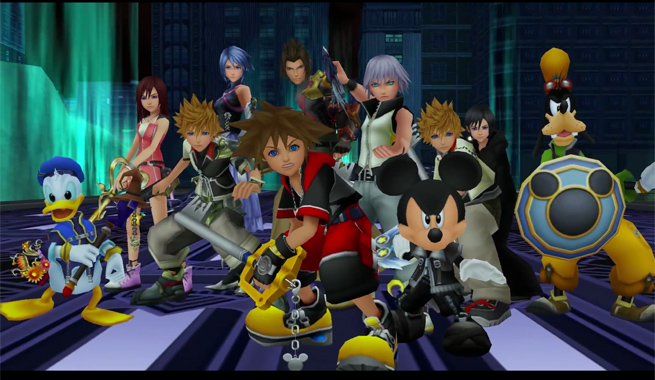 Square-Enix’s latest Kingdom Hearts II.8 trailer shows off a bit more of the content that will be packaged in with the remastered version of Dream Drop Distance, as well as a new look at a few areas we know of in Kingdom Hearts III.

The five minute trailer shows off new models of characters like Mickey Mouse, Riku, and Kairi, as well as alludes to some new twists that will come with all of the new Kingdom Hearts content packed into II.8.