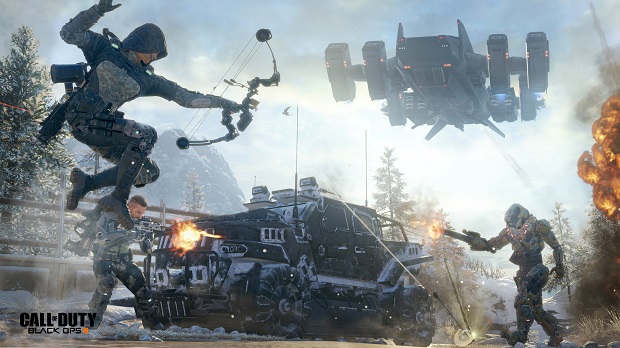 Call of Duty: Black Ops III focuses on a group of soldiers outfitted with mechanical augmentations, and the game’s story mode focuses on their struggle with maintaining their humanity while also being deadly killing machines.

The co-op-centric story mode of Black Ops III will be available on PC, PlayStation 4, and Xbox One, but not the last-gen versions of the game, which will only include the multiplayer modes.

Check out a glimpse of what current-gen players can expect below:

Black Ops III is slated to launch on November 6th. At Sony’s press conference earlier this year, it was announced that Black Ops III would be the beginning of a new partnership for Call of Duty, with all the game’s DLC coming to PlayStation platforms first.