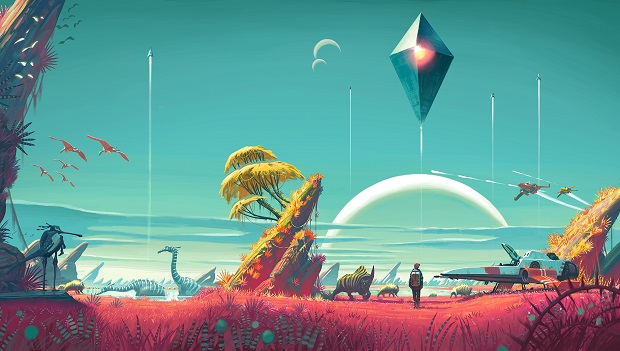 It looks like Hello Games might be working on making No Man’s Sky compatible with Sony’s Project Morpheus VR headset or even the Oculus Rift.

Speaking with Edge Magazine, Hello Games’ Sean Murray at first seemed hesitant to discuss whether No Man’s Sky would be playable using VR, but did go on to say that it’s something the studio has been considering and that it would be a good fit for the open-universe game.

“I don’t know what I’m allowed to say,” he replies when questioned about the prospect. “It’s something we’re thinking about. Morpheus, Oculus… There’s nothing more cool and sci-fi than VR and a big procedural universe. I think that, for the people who want to just explore, and even for the space combat and things like that, it would be a good fit. Let’s put it that way.”

No Man’s Sky is currently slated for release in 2015 on PlayStation 4 and PC. The game doesn’t appear to be in development for Xbox One, which makes sense considering Sony’s investment in the project.