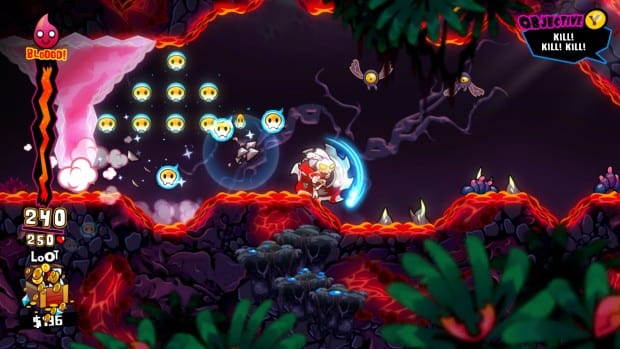 Hell Yeah! is a game that has been on my radar since I saw video footage of it a few months back. From Sega and Arkedo Studios comes a Metroid-vania platformer with a slick cartoon visual style, epic weaponry, exploration, and an incredible amount of over-the-top mayhem. It was slated to be released some time in the summer, and it looks like it’s just going to hit that date.

Take a look at the video below, which showcases the myriad of items and weapons you will use to leave a swath of destruction in your wake. Be sure to check out the official website at projecthellyeah.com. Watch for it on XBLA, PSN, and Steam.