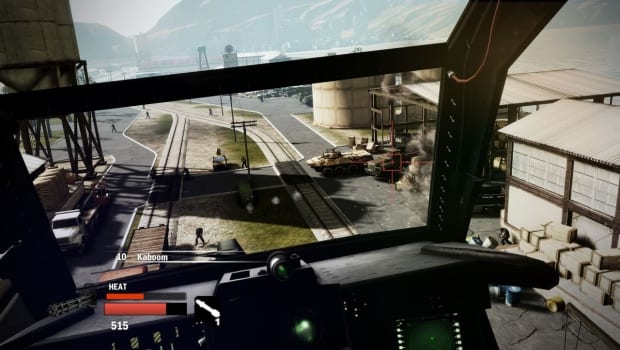 You probably spotted this on our release date list for this week, but now it’s all official-like: Heavy Fire: Shattered Spear has shipped for Xbox 360, PS3, and PC.   Not a ton of data out there about this title, but here’s what we know from the press release below:

Heavy Fire: Shattered Spear puts you on the front lines preventing the ultimate nightmare – nuclear Armageddon. You start by going deep behind enemy lines to rescue a spy with critical information. As the fighting escalates, use your wide selection of weapons including pistols, grenades, machine guns, shotguns, sniper rifles, helicopters, tanks, and the mighty AC-130 to reach the enemy base. Once there, disarm the nuclear missile…before it’s too late! Upgrade your equipment and skills to improve chances of success. Use the on-line leader board to compete with other players for the highest score, or grab three of your buddies for 4-player cooperative mode. With more than 60 achievements and awards to collect on Xbox 360, and over 60 trophies and awards for players to earn on the PlayStation®3 system, this shooter will have you gunning for more!

4-player cooperative play is always interesting.  Priced at only 20 bucks, it could be worth a look – I nabbed a trailer for you to check it out for yourself.   You can pick it up from our link or at shelves today.