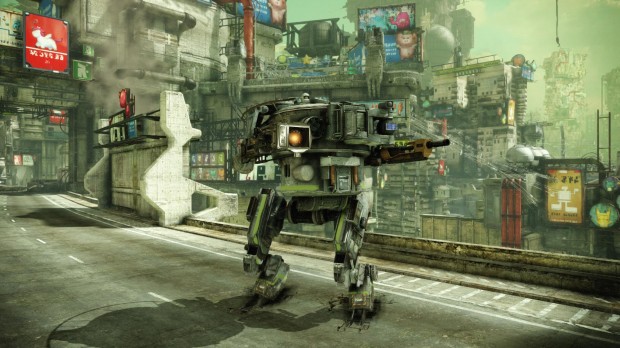 At GDC I had a chance to talk with Adhesive Games Producer Jason Hughes about the future of  Mech-based shooter Hawken, and Hughes was looking forward to the release of the latest Mech, the Technician, and their latest map, Front Line.  That update has finally arrived!  You want to go play Hawken, right?

Too bad.  The servers are down.

Yes, though the update has gone live, the servers have crashed.  Though the update went live over 7 hours ago, the servers are still down.  On the one hand, I’m a bit disappointed, as I was looking forward to giving you all my thoughts on the new content. On the other hand, it’s nice to see that Hawken has so many players.  On their update page, Meteor and Adhesive promise that they’re working through the night to bring the servers back online.

In the mean time, the new mech is the a unique one–it’s largely focused on repairing and buffing allies while debuffing enemies.  The video and photos I’ve seen indicate that it’ll play like the Medic in TF2–though presumably without the German accent.

By utilizing the Technician mech, players can now patch up their allies to keep them going strong, and help tip the balance and strike back against the enemy team. By making sure their buddies are kept in top fighting shape, players will be making scrap of the opposition in no time.

The new map–Front Line–is also pretty unique for Hawken.  For one thing, it’s clean–putting aside Hawken’s grimy, urbanized aesthetic for bright white skyscrapers.  Hopefully we’ll get the chance to try it out when the morning comes.  But until then, you can join me in oogling the screencaps below. 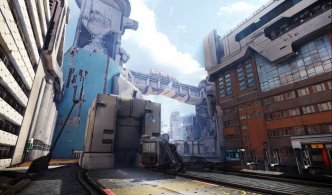 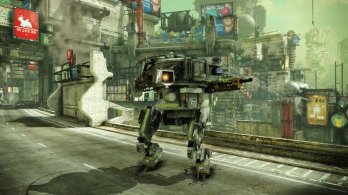 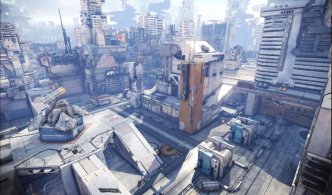 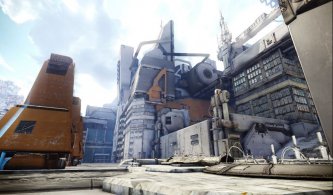 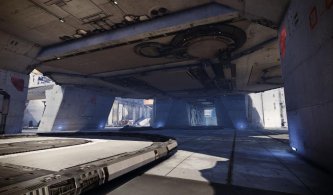 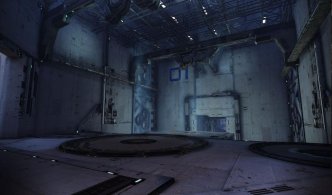 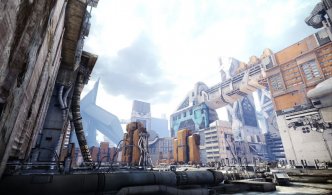 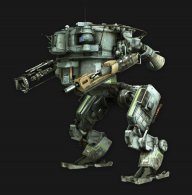