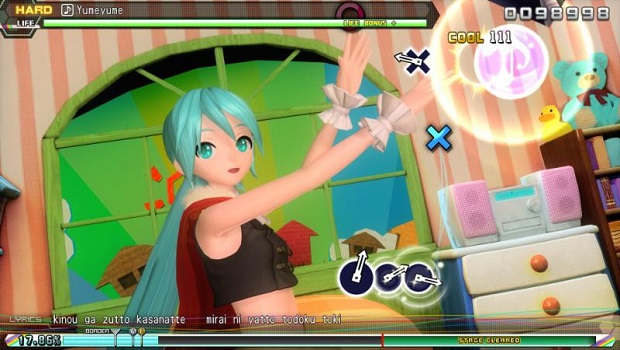 Nearly a month after its stateside release, the first of three DLC packs for Hatsune Miku: Project Diva Future Tone is out now for PlayStation 4. The pack includes new songs, modules, and harder charts for previous songs.

Known as encore packs, the first DLC package includes the songs Ageage Again, shake it!, Cendrillon, and Adolescence. In addition, the encore pack will include 13 costumes, known as modules, for the various characters to wear, and extra extreme charts for eight songs previously released. You must have bought the Future Sound and Colorful Tone packs in order to access the extra extreme charts, but you do not have to do this to download the pack as well as play the DLC songs.

Each encore pack for Hatsune Miku: Project Diva Future Tone will retail for $9.99 each on PlayStation Network, with a season pass available for $24.99 that includes all three packs when they are released in March and April. For more information, check out our review of the game.