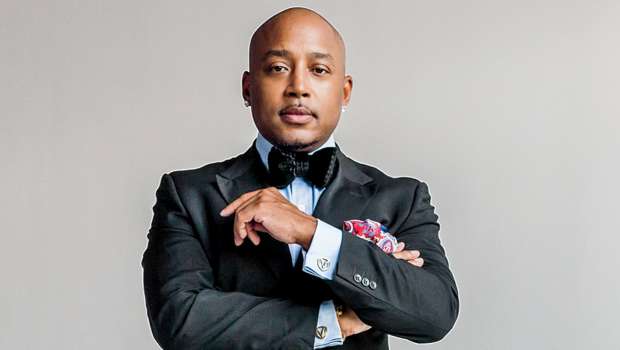 Hasbro is one of the largest game publishers out there.  They have the widest distribution, getting in a wide variety of stores.  Last year Hasbro ran the Next Great Game Challenge, and they announced that they are repeating the contest this year with special Shark Tank judge Daymond John.

From now thru October 23, game designers can submit their ideas for a new face-to-face, family friendly game atNextGreatGameChallenge.com. A team of Hasbro game experts and designers will evaluate each submission based on its gameplay, theme and viability and select five finalists to launch campaigns for their concept on Indiegogo. Finalists will alsoreceive US $2,000 as well as mentorship from Hasbro and Indiegogo as they raise awareness, funding, and support for their game.

In February of 2017, Daymond John will join a panel of judges consisting of Hasbro Brand, Design, and Development team members and score each of the five finalists based on the Challenge criteria including game play, viability, and theme. The grand prize winner will receive US $25,000, a trip to Hasbro headquarters in Rhode Island, and the opportunity to work with Hasbro to make his or her game a reality. The winner may also have the chance for a special meet-and-greet with Daymond John.

“It’s an honor to be a part of a program like Hasbro’s 2016 Fall Gaming Challenge that celebrates core entrepreneurial values like creativity, talent, and drive,” said Daymond John. “As both a leader in business and diehard gamer, it’s exciting to get in on the action of providing players with the next big thing in gaming and helping someone’s dreams come true. I enjoy playing games with my own family, and am looking forward to being a part of this challenge to bring families together with new and exciting games.”

Hasbro’s first Gaming Challenge launched in 2015 and received more than 500 submissions from around the country. Proving that great games can come from anywhere, Hasbro is thrilled to bring both the 2015 grand prize winner, The Mr Toast Game created by Dan Goodsell of Los Angeles, C.A., and finalist Hex Casters game to fans this year. The Mr Toast Game is now available at Target in the U.S. and Hex Casters is now available on Amazon. Following the success of the first Next Great Game Challenge, Hasbro launched its second Challenge to fans worldwide earlier this spring. Five finalists will debut their crowdfunding campaigns live at the Internationale Spieltage game fair in Essen, Germany on October 13 and the grand prize winner will be announced in November.

“Hasbro’s Gaming Challenges have been a proven vehicle for transforming the gaming community’s ideas into realities and providing our fans new and exciting ways to play,” said Brian Chapman, head of design and development at Hasbro. “We’re thrilled to welcome celebrated entrepreneur Daymond John to our judges’ table. His expertise in identifying products and people with potential for great success will be invaluable in our third challenge.”

The Fall 2016 Gaming Challenge with Indiegogo is led by the Hasbro Gaming Lab, a team at Hasbro dedicated to connecting with the growing gaming community to discover and develop great new games. For more details and to see the Terms and Conditions, visit www.nextgreatgamechallenge.com.

It’s cool that Hasbro is giving the opportunity for new designers to get their game published.  If you think you have what it takes, be sure to check out the contest.