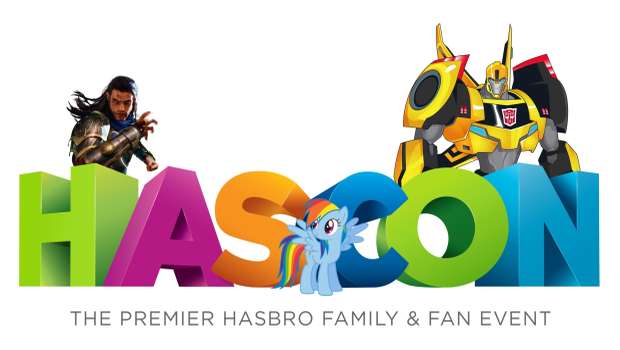 Hasbro is a company that has tremendous pull.  While you might think of Transformers or My Little Pony, they also own Wizards of the Coast and Avalon Hill.  Now they are allowing the public to get a look at some of their upcoming products at their own convention, HASCON.

Today Hasbro, Inc. (NASDAQ:HAS), a global play and entertainment company, announced it is creating the first-ever HASCON fan and family convention in September 2017. The massive event, which will be held in Providence at the Rhode Island Convention Center and Dunkin Donuts Center from September 8-10, 2017, will treat attendees to three unforgettable days featuring a celebration of Hasbro’s powerful characters and stories, including live interactive experiences, exclusive products, talent appearances, panels and much more.

From bringing the first action figure to life with G.I. JOE, to creating a world where robots are truly ‘more than meets the eye’ withTRANSFORMERS, Hasbro’s brands have always overflowed with rich stories and dynamic, multi-faceted characters, providing an incredible platform to capture the imaginations of fans of all ages. The premiere HASCON event will bring the magic of decades of storytelling under one roof for the ultimate, immersive Hasbro fan and family experience. Hasbro’s top properties, including TRANSFORMERS, MY LITTLE PONY, NERF, MAGIC THE GATHERING, PLAY-DOH, MONOPOLY, G.I. JOE and many others will be reimagined through dynamic stage performances and unique opportunities for fans to engage with their favorite characters. In addition to interactive experiences designed to offer attendees a glimpse into Hasbro’s imaginative storytelling in action, visitors will have the chance to see first-look previews of Hasbro’s biggest television and movie series, attend panels and meet-and-greets with celebrities and creative talent associated with Hasbro brands, take part in Hasbro Gaming competitions and purchase special limited-edition Hasbro products.

“Hasbro is home to many of the world’s most recognizable brands, each of them with their own group of passionate and engaged fans,” said John Frascotti, President of Hasbro Brands. “HASCON will deliver an extraordinary peek behind the curtain of our brands, storytelling, and iconic characters while giving us the opportunity to invite fans and families to our hometown for the most memorable, unified Hasbro experience ever.”

For all of the latest information on HASCON 2017, please visit http://hascon.hasbro.com

It might not be until 2017, but it sounds like a fun time.  I can bet that the kids would enjoy it as much as the adults.