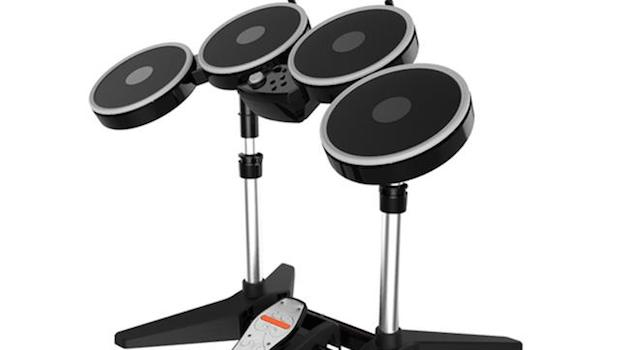 You may want to pre-order before you get the band back together this fall, or you’ll be left playing the air guitar.

Harmonix CEO Steve Janiak told IGN that demand for Rock Band 4 has been much greater than the company anticipated, and there could be shortages on launch day of the new instruments.

The response to our announcement of Rock Band 4 has been incredible, and as a result, demand from both retailers and consumers for product has exceeded our expectations.

While we’ll do everything we can to meet demand, the realities of manufacturing and getting hardware on shelves means that we can’t guarantee hardware for everyone on day one without a pre-order. For those looking for new instruments, pre-ordering ahead of launch will guarantee that you’ll be able to start a band and rock the world with your friends and family this holiday season.

Janiak also directed users to a section of Harmonix’s site, where they can be notified of pre-orders when they go up, which he says he “expects to happen in the coming weeks.”

Rock Band developer Harmonix will release the fourth entry in the Rock Band series later this year, and has struck a deal with MadCatz to publish and create new instruments for Rock Band 4. Harmonix is adding a host of new features, like the ability to harmonize and improvise while singing, and is still taking song requests at its site.

The game will launch on Xbox One and PS4, with DLC songs bought for previous Rock Band games carrying over across familial consoles (Xbox 360 can transfer to One, PS3 to PS4).