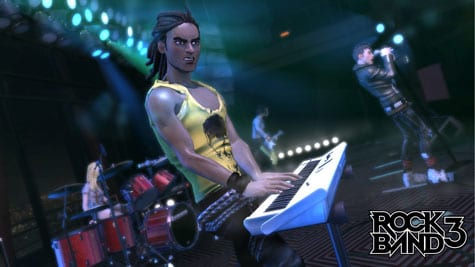 It’s been five years since Harmonix brought the experience of being in a rock band out of the garage and into the living room, and Harmonix is still keeping the Rock Band franchise strong with the recent release of Rock Band Blitz. Today Harmonix announced a sale that will allow fans to beef up their musical repertoire for cheaper than ever before.

For more than 250 weeks, Harmonix has released fresh music content for the Rock Band franchise, including music from Avenged Sevenfold, Blink-182, Boston, Disturbed, Foo Fighters, Jane’s Addiction, Mötley Crüe, Nirvana, No Doubt, Oasis, Ozzy Osbourne, Paramore, Pearl Jam, Queen, Rush, Slipknot, System of a Down, The Cars, The Police, The Who and more! The hits have kept rolling out for nearly five years, including track packs, artist releases, the Rock Band Network pipeline, and exportable games like Rock Band Blitz – totaling over 3800* songs available for the franchise overall. Throughout the years, Harmonix has shown a dedication to their fan base with this additional content, and this new sale continues that tradition!

If your wallet was the only thing keeping you from rocking out with your friends for hours on end then this sale won’t be one that you want to miss.