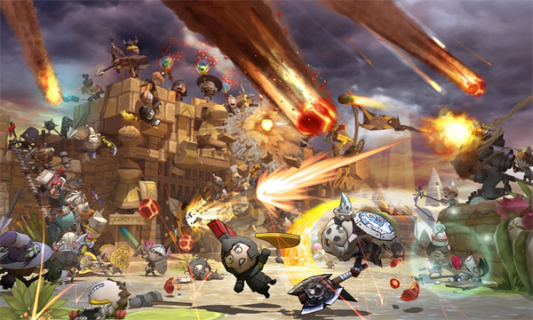 Those of you Xbox 360 owners who opted to try out the Dashboard Beta were also treated to a Beta version of Happy Wars, a third person strategy game. Today, Toylogic announced that Happy Wars would be made available for free to Xbox Live Gold subscribers on October 12th.

I’ve had the opportunity to try out Happy Wars. It’s a pretty entertaining over-the-top multiplayer game that can be played with up to thirty others. The beta version was really solid, so hearing that it’s going to be made available for free is nothing to shake a stick at. This is just a small reminder that those who pay for online services do, at times, get something out of that fee. At the price of $0, I’ll see you all online on October 12th.