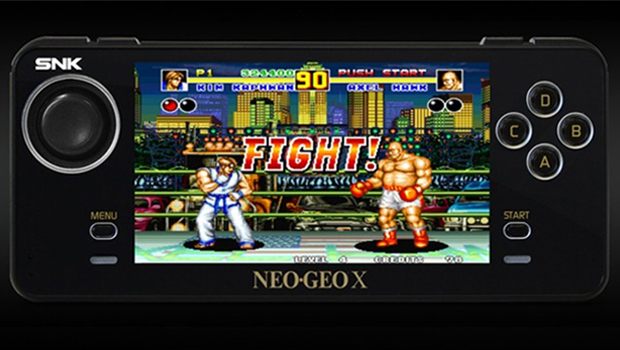 Gaming collectors have a new item to add to their wish list as it may soon become very difficult to find the Neo Geo X for sale anywhere. SNK PLAYMORE, has just terminated their license agreement with TOMMO, the manufacturers of the Neo Geo X, and asked that the product be removed from sale at all retail and online stores.

The reason behind this decision is not being given. The company’s website publicly stated that, as of October 2nd, “SNK has demanded that TOMMO Inc. immediately cease any and all manufacturing, distribution, marketing & promotion and selling of the Licensed Products.”

The system uses a docking station to double both as a console and a handheld device and it was first launched a little under a year ago on December 18, 2012.

It isn’t clear how many of these units there are currently floating around, but the limited nature of the Neo Geo X is sure to make them more attractive than ever.

As yet, TOMMO has not taken down their website and, at least at the time of this writing, there are some online stores such as Amazon, Walmart, Target, and Toys R Us that still have the Neo Geo X available for purchase.