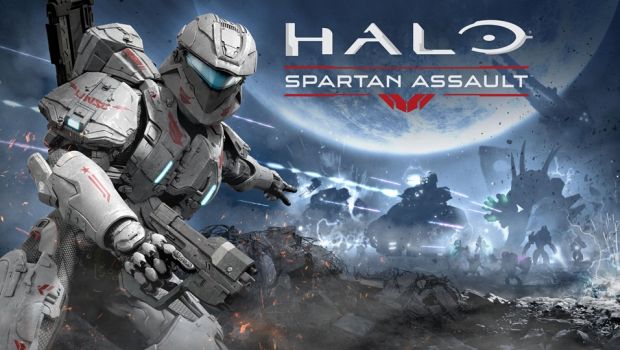 This release makes me wish I was running Windows 8 instead of Windows 7.   The folks at Vanguard Games and Microsoft have announced the release of Halo: Spartan Assault for Windows 8 on PC, and Windows Phone 8.  We’ve got a sweet launch video of the game in action, but in case you’ve missed the boat on what this game is about, we’ve got a little bit of that too.  Check it out:

Halo: Spartan Assault is a new chapter of the award-winning “Halo” universe that explores the first missions of the Spartan Ops program and dives deeper into the backstory of the Human-Covenant War. Play through the eyes of either Commander Sarah Palmer or Spartan Davis, while stationed aboard the UNSC Infinity, as they fight never-before-seen battles against Covenant forces.

With 25 unique missions featuring unrivaled action and intensity, the single-player experience allows you to compete against friends in Leaderboards or hone your skills with Weekly Challenges. Replay the missions to collect more than 40 in-game Achievements and Medals.

The game will also let you earn up to 50,000XP and a unique emblem for Halo 4, as well as unlocking bonus content in the Champions Bundle and Bullseye Pack coming in just two days.  What do you get?  New weapon skins, two armor skins, and a new Spartan stance.  Not enough?  Well, the folks at 343 have also teamed up with Dark Horse Comics to create “Halo: Initiation” – a three-part comic series that reveals how Commander Sarah  Palmer became a Spartan-IV, leading up to the story revealed in Halo: Spartan Assault.   Want to check it out for yourself?  We’ve got your hookup right here.

What, still not enough?  So greedy!   The Tom Salta-powered sountrack for Halo: Spartan Assault is also available for $9.99, containing 27 tracks with over an hour of awesome music.  You can buy it from Amazon, as well as sample a good chunk of the tracks for yourself right here.

Without further ado, here is the aforementioned launch trailer!   You can pick up Halo: Spartan Assault for just $6.99, and only on Windows 8 and Windows Phone 8.