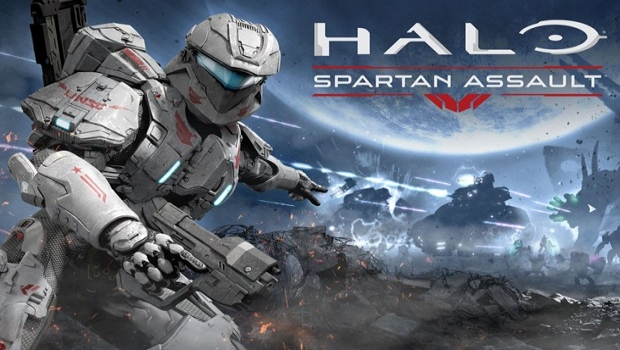 Didn’t make the leap to Windows 8?  Are you a Mac or Linux user?   Then you missed out on Halo: Spartan Assault.   Well, fret not as the team at Microsoft and Vanguard Games have announced that they will be releasing the game for Xbox One with some all new features packed right in.   The game is also coming to the Xbox 360 in January, and we’ll keep you posted on that, but let’s dig into the new hotness for the Xbox One version first:

The battle between humanity and the Covenant expands to new warfronts as “Halo: Spartan Assault” arrives to Xbox One on December 24 for $14.99 via digital download.1 With over 30 stimulating missions at your fingertips, play longer than ever with the all-new online cooperative mode and the Operation Hydra expansion that delivers an action-packed addition to the single player campaign.

Fans that have purchased “Halo: Spartan Assault” for Windows 8 or Windows Phone 8 to date or purchase prior to December 15, 2013, will be eligible to purchase the Xbox One version of the game at the discounted price of $4.99.

Top features in “Halo: Spartan Assault” for Xbox One include the following:

· Immersive storyline. An original story set between the events of “Halo 3” and “Halo 4,” experience war with the Covenant, the first missions of the Spartan Ops program and the rise of Commander Sarah Palmer

· New enemies. Wage war against a persistent and overwhelming enemy – encounter the Flood for the first time in “Halo: Spartan Assault”

· Graphical Fidelity. ”Halo: Spartan Assault” for Xbox One will run natively at 1080p and 60 frames per second.

· New weapons and achievements. Go in strong with an expanded arsenal that brings you more weapons, armor abilities, and more upgrades, while earning new Achievements for Xbox One

· Nonstop competitive fun. Compete against friends in Leaderboards or hone your skills while collecting more than 40 in-game Achievements and Medals

We’ve also got some new screenshots of the game running on the Xbox One – pop below to check those out.   Not a bad way to spend Christmas!