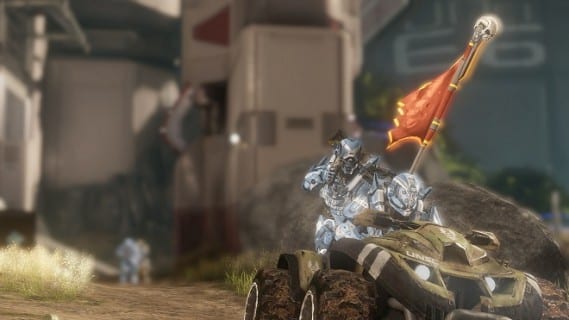 The next few weeks will see many new developments in the world of Halo 4, and those of you itching for the low-down needn’t look further than GamingTrend.com. Here’s all the major announcements revealed in 343’s latest blog post that any Halo fan needs to know about:

Many gamers were sad to see the decline of skill-based rank, but 343 Industries hopes to temporarily give those gamers their fix with the Infinity Challenge. The Infinity challenge begins December 17th, and will create an online leaderboard in spartan ops and war games, and the highest scores will win swag, including one very talented player who will win a UNSC-themed, V8-powered 2013 Ford F-150 SVT Raptor truck designed by 343 Industries. Thos interested in entering in the tournament can do so here.

The first half of spartan ops’ first season has kept fans tuning in each week, and they can look forward to more episodes to be released starting in late January. Until then, players can enjoy a “highlights reel” of past episodes for play via matchmaking, and all levels will continue to be playable. Then from December 17th-January 14th the first five episodes will rotate through matchmaking.

Halo 4’s first map pack entitled, “Crimson map pack” will become available on December 10th and with it the DLC playlist. This will include all of the gametypes normally available, but will guarantee use of the new maps available to players.The game types available will be as follows:

In addition, the new maps will be added to already existing playlists as follows:

Speaking of the upcoming DLC, 343 Industries made available several videos detailing the maps recently; check them out!

Also, the achievements were announced earlier and will net 250 additional gamerscore points if they can tackle them all.

“Now They Fly? – Get a kill while airborne in a Warthog.

Size Is Everything – Kill 20 enemies with a detached Machine Gun Turret.

ODST – Kill a player while you’re airborne from using a Man Cannon.

David and Goliath – Board an enemy Mantis.

Clay Pigeon – Shoot an enemy out of the air while they use the Man Cannon.

Special Delivery – Kill an enemy with a melee attack when landing from a Man Cannon.

Pump Yer Brakes – Score the killing blow on a Mantis.”

Halo 4 got quite a few fixes recently, and in case you were wondering what exactly has changed, 343 Industries recently let the cat out of the bag.

Halo fans can rejoice at all the upcoming content available to them, and you can follow all of it here on Gaming Trend.