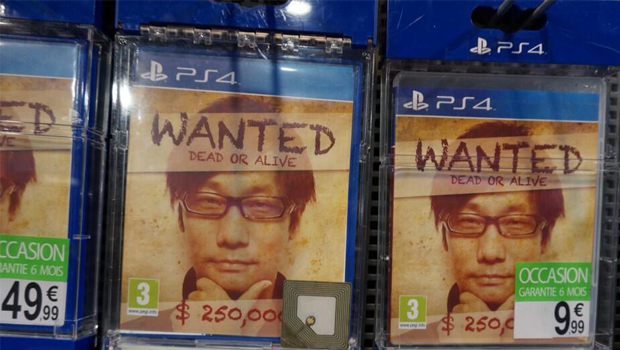 It’s safe to assume that Hideo Kojima had himself a good time this weekend. Besides his usual twitter posts concerning what type of dumplings he had for dinner and images of his favorite cosplay and action figures, the enigmatic creator of the Metal Gear series also shared some interesting insight into his latest release, Metal Gear Solid V: Ground Zeroes.

Kojima congratulated his team and the handling of the game’s new Fox Engine, saying, “Snake in GZ moves smooth as butter. Esp when he points w gun while crawling, and rotate the camera.”

In response to Ground Zeroes’ often-mentioned short game length, Hideo admits that, “GZ is more like a tutorial, so fairly small open world, but TPP has much bigger field & changes time/weather giving more tension to players.”

Kojima also suggests some tips for getting the most out of Ground Zeroes. “1st start with main mission & replay in alter course/hard mode or play sideOPS that u opened. Collect items, patches & play special OPS/trial. Listen to the collected tapes while playing app. Try to get 100%.”

Whether or not Ground Zeroes is simply an appetizer to a future main course, it’s hard not to appreciate the enthusiasm that Kojima continues to project for a game he’s been working on for the past 25 years. I mean, just watch this hilarious video of him opening a gaming store before the big release and try telling me he isn’t having a great time.