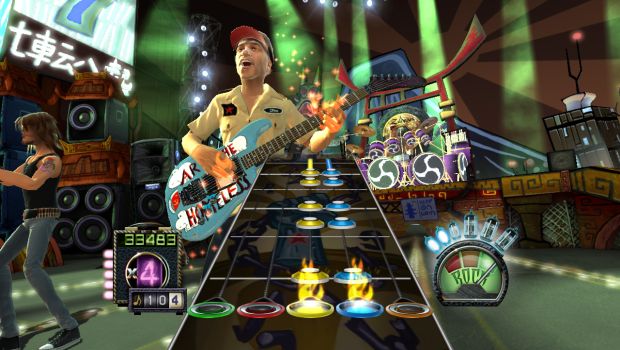 Seems like rhythm games are back on the rise. Only days after an unnamed source reported to Bloomberg that Rock Band would make its return, Kotaku UK is now reporting that they have two unnamed sources confirming a return of Guitar Hero to the Xbox One and PS4, and that it could even happen within the year.

One source told Kotaku that the new title will be an E3 announcement this year, leading up to a release set before the end of the year. They also report that this new Guitar Hero will forgo the traditionally cartoon-y aesthetic for a more realistic approach, and that new peripherals will be in the works.

The last Guitar Hero release was Warriors of Rock in 2010. Both studios that had previously worked on Guitar Hero, Neversoft and Red Octane, have been closed since Activision shut down the franchise in 2011. No word yet on who will develop this new title.

When Kotaku UK contacted Activision about the rumors, they received this reply:

We don’t comment on rumour or speculation, but have previously said, that as one of the most beloved entertainment franchises, we would only bring Guitar Hero back if we developed the right innovations to usher the franchise into the new generation of gaming.