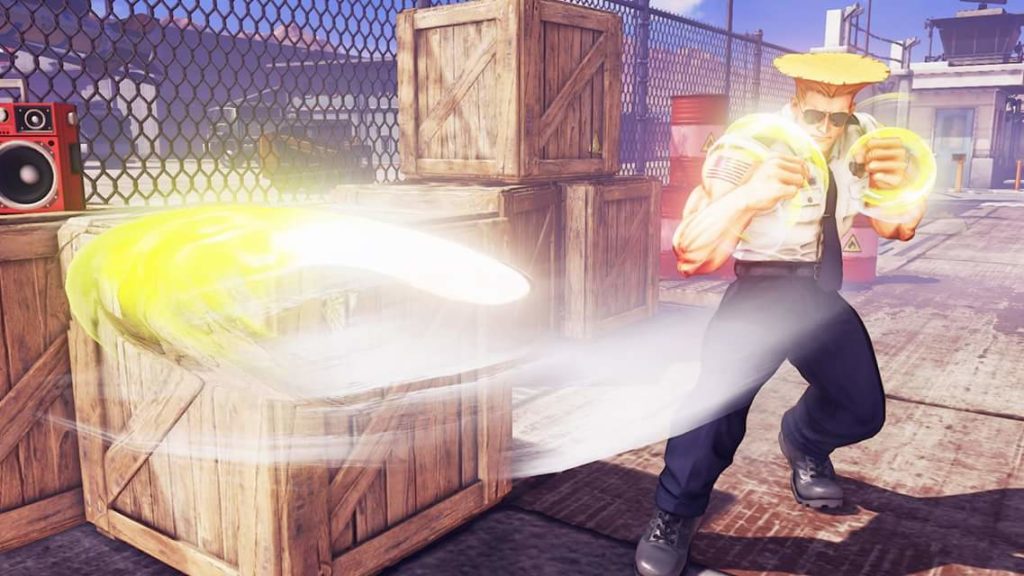 The second of six DLC characters coming to Street Fighter V in its first year, Guile joins the likes of Alex as part of Capcom’s on-going content roll out for the game.

Guile was announced earlier this month as part of Street Fighter V’s April update, which will also add a punishment for rage-quitters by banning them from matchmaking.