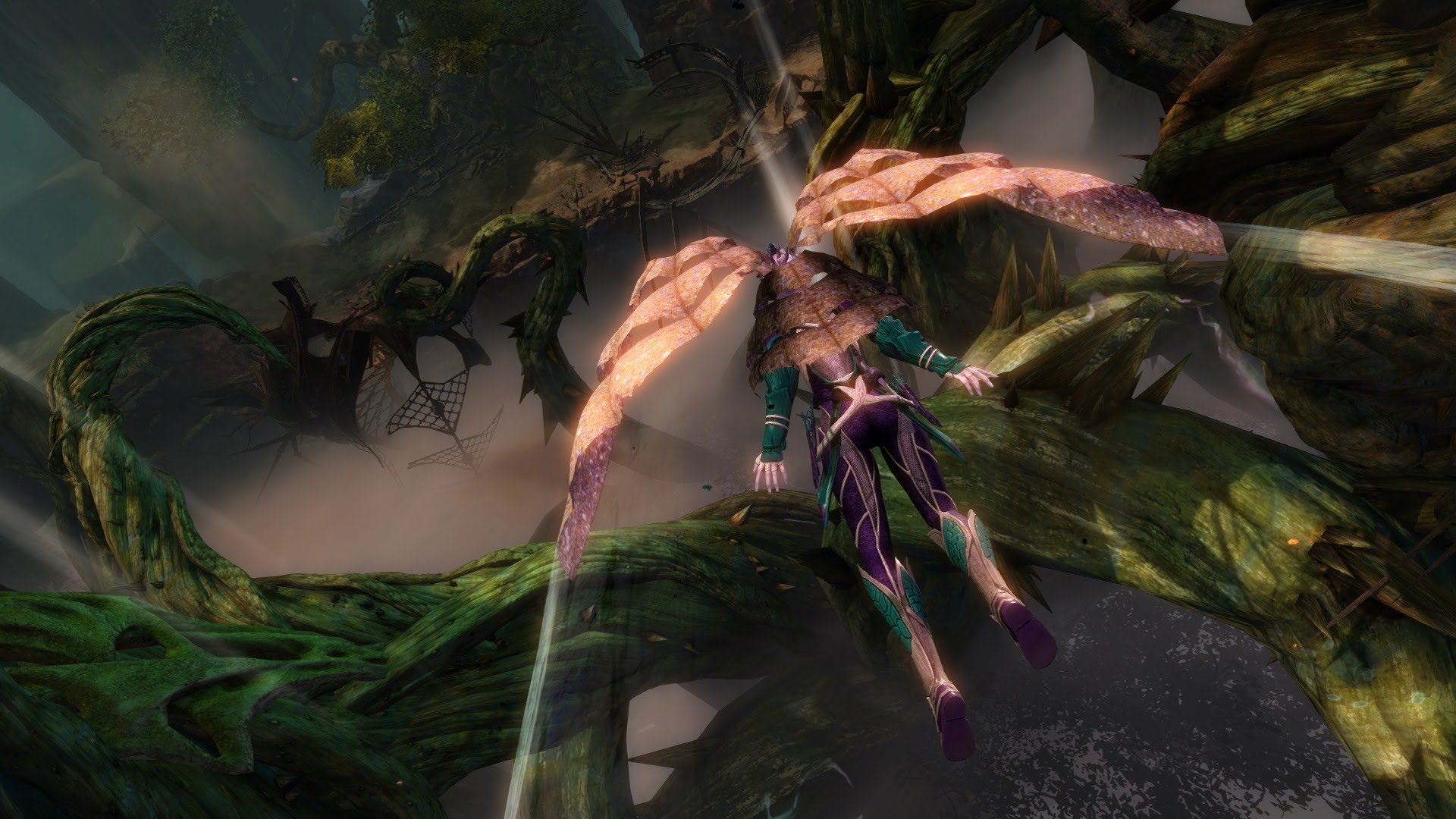 Guild Wars 2: Heart of Thorns is getting a new update, and it includes several new features alongside standard balancing and tweaks.

The “Winter 2016 update” is available now for free for all players, and ArenaNet has broken each of them down for players.

Gliding in Central Tyria
Experience Central Tyria from a brand-new perspective! Once you’ve unlocked the Basic Gliding Mastery in Guild Wars 2: Heart of Thorns, you’ll be able to deploy your glider almost anywhere in the open world. Explore, soar, and show off your gliding skills–all with fewer undignified splats on the ground.

The Shatterer Unleashed
The Shatterer, champion of the Elder Dragon Kralkatorrik, has powered up and learned new tactics. Accompanied by dangerous Branded forces, it’s ready to terrorize Blazeridge Steppes like never before. Stay on your toes and defend your siege weapons, and if you’ve learned to glide in Guild Wars 2: Heart of Thorns, you can even use your glider to attack from the air!

Squad Markers and Lieutenants
It’s easier than ever to keep your squad in shape! Commanders can now promote lieutenants to organize subgroups, invite or remove players, and broadcast messages. Squad leaders will also be able to place marker symbols, which will appear both in the game world and on your compass.

Lunar New Year
Celebrate the start of a whole new year in Divinity’s Reach! From January 26 through February 9, stop by the Crown Pavilion to shoot off fireworks, play the Dragon Ball PvP minigame, and earn rewards.

Mist Champion Tybalt Leftpaw
Order of Whispers Lightbringer Tybalt Leftpaw can now join you in Stronghold as a Mist Champion! Unlock him by completing his Player vs. Player reward track, and you’ll be able to summon him into battle to help defend your team.

Eldvin Monastery Brew of the Month Club
Speak with Master Brewer Desch Metz at Queensdale’s Eldvin Monastery to sample a year’s worth of handcrafted beers. Each brew is available for one month only–try them all and you’ll be rewarded for your adventurous palate with a title, a backpack skin, and a guild decoration.

Major Balance Update
Each quarterly update will contain adjustments to professions and their skills, weapons, and traits to keep gameplay fun and exciting.

Heart of Thorns was released late last year as an expansion pack for Guild Wars 2. For more on the expansion, check out Gaming Trend’s review.