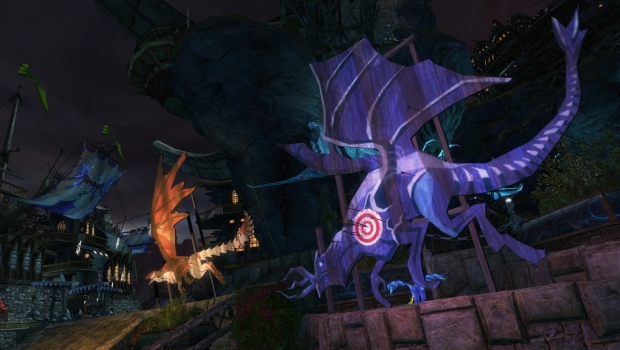 The folks at ArenaNet have announced the Guild Wars 2 Dragon Bash – a festival celebrating…well…celebrating bashing dragons!   Mini-games, fireworks, cool wings, weapon skins, helms and plenty of other cool goodies await.   The content hits on Tuesday and we’ve got a sweet trailer and some screenshots to kick it all off.   Here is a nibble on the setup for the festival:

To honor another year of survival in the shadow of the Elder Dragons, the defiant citizens of Lion’s Arch have banded together for a boisterous festival full of fun activities, exclusive rewards and explosive surprises. During the celebration, players will also be introduced to Marjory Delaqua, an investigator who travels in the shadowy underworld of Lion’s Arch.

The Dragon Bash festival is packed with new content and features and we’ve got that list too!   Enjoy the screens and video, as well as the rewards below.

·         Exclusive Weapon Skins: Those who take part in the revelry can earn the exclusive Dragon’s Jade weapon skins — only available during Dragon Bash.

·         Dragon Ball:  The ancient Tyrian pastime of Dragon Ball returns. Teams of players test their skills against one another in this fast-paced game of reflexes.

·         Moa Racing:  Farshore Ward in Lion’s Arch is the site of the fast and furious Moa Races, where anything can happen.

·         Dragon Effigies and Piñatas:  Combustible dragon effigies have been hidden everywhere. Perform a ritual dance to light them and receive a temporary boost. Keep an eye open for dragon piñatas strung up in honor of the festival – then break them open to receive tasty Dragon Bash candy.

·         Unique Festival Helm: Watch the skies above Lion’s Arch come alive with an explosive fireworks show every two hours from Friday, June 14 at 9am PT through Monday, June 17 at 9am PT. Stay through the finale and receive a unique festival helm – The Horns of the Dragon.

·         Lighting Ceremony:  Tuesday, June 18, gather on the Grand Piazza of Lion’s Arch and join the jovial Magnus the Bloody Handed as he presides over an evening of merriment and cheer over the lighting of the dragon effigies. 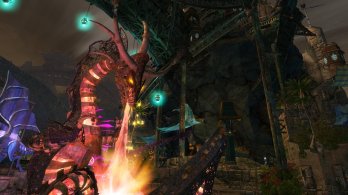 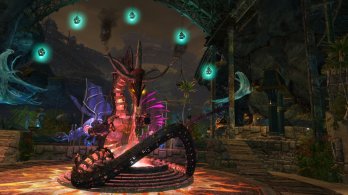 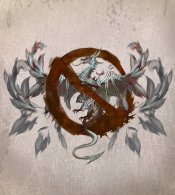 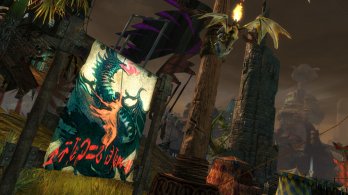 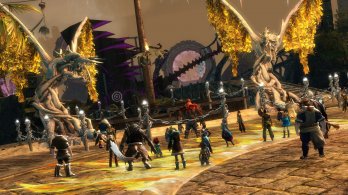 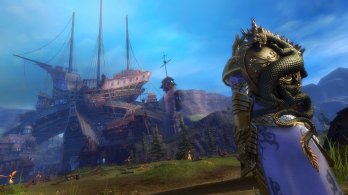 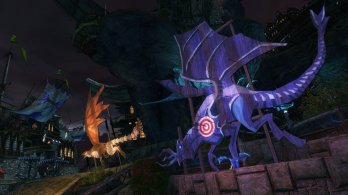 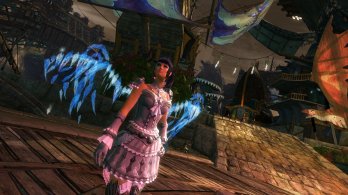 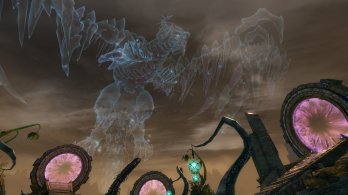 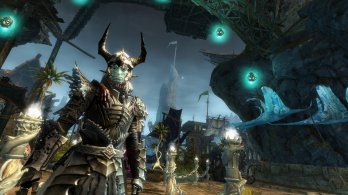 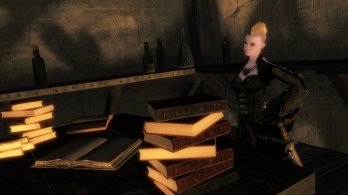 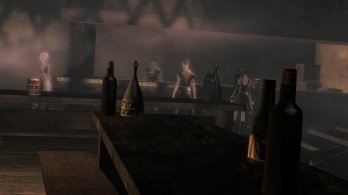 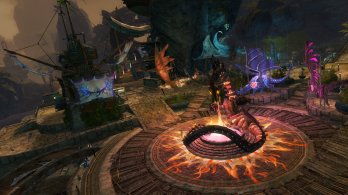 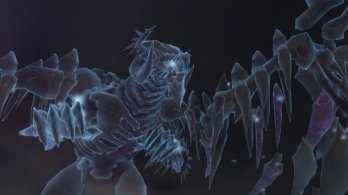