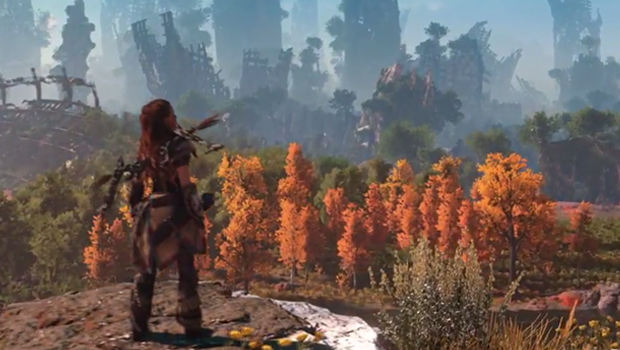 Horizon Zero Dawn is an adventure game set in a dystopian future.  The trailer depicts a civilization after society has fallen, but gigantic deadly machines roam free.  The trailer below shows off the game’s storytelling and transitions directly into gameplay, that features a deadly bow and arrow and an expansive field sprawling with robot dinosaurs.