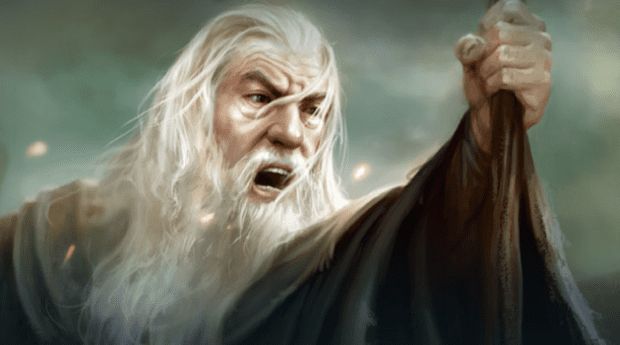 All things Hobbit-related are certainly heating up, and we’ve got a new video from the upcoming MOGA title, Guardians of Middle-earth to celebrate.  Today’s video is a battle profile for the Silvan elf, Haldir, who can travel among the trees quickly and with great stealth, as well as Lugbol, a dark entity who channels his power by searing strikes of fire and lightning.  In addition to this video, we’ve also got word of a contest called “Gandalfs of Middle-earth” taht you can enter on Facebook.   If dressing up as the bearded wizrobe is your thing, well…this link is for you.   Here’s a nibble on what this game is about:

In Guardians of Middle-earth, gamers team up as the most powerful heroes from the greatest fantasy epic of all time, bringing up to 10 players together in a competitive multiplayer online battle arena (MOBA) game. Featuring select characters from the upcoming film, The Hobbit: An Unexpected Journey, the game allows players to develop and master more than 20 iconic characters. Play as Gandalf, Gollum, Legolas, Sauron and more, forming memorable and unlikely alliances with and against friends. Gamers will have the ability to connect with other players via an in-game voice communication system, as well as access to a comprehensive online stat and leader board system where they can track friends’ victories and defeats, and more. Available December 2012 at select retail stores and via download for Xbox LIVE Arcade for Xbox 360 and PlayStation Network.

The game is coming up shortly, and we are already working on our review!   Stay tuned for our hands-on coverage!