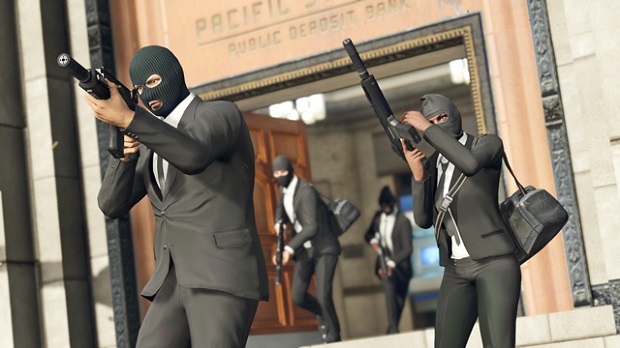 The PC version of Grand Theft Auto V has, once again, been delayed for PC players.

Initially meant to launch alongside the PlayStation 4 and Xbox One versions last year, the PC version started off with a January release date, was pushed back into March, but is now projected for release on April 14th.

Rockstar explains that “a bit more time is needed to ensure that the game is as polished as possible, and to make certain that both Heists and the GTA Online experience are ready to roll out on day one for PC.” As compensation, PC players who pre-order the game will get an extra $200,000 in-game cash for use in GTA Online.

Along with the PC delay, Rockstar also confirmed a date for GTA Online’s long-awaited heists. The online heists will be available to players on March 10th. Online heists were originally meant to launch alongside GTA Online back in 2013, but will finally be coming to the game next month.

Grand Theft Auto V has shipped 45 million copies on the heels of the PlayStation 4 and Xbox One versions’ release last year.