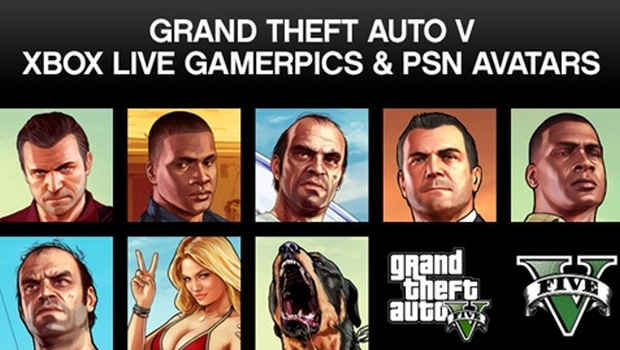 Grand Theft Auto V is just around the corner, but the celebration has already begun.   The team at Rockstar have announced that you can pick up shiny new Avatars and Gamerpics on PSN and Xbox Live.  Michael, Trevor, Franklin, “Chop” the Rottweiler, a Vespucci Beach goer, a scuba outfit, and many more are in the list.   Let’s take a look at what is included:

This is one of our most anticipated titles of the year, and I suspect that it’s going to blow us away.  Why?  That’s what Rockstar does.

Grand Theft Auto V releases on September 17th of this year for Xbox 360 and PlayStation 3.