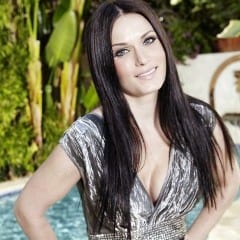 The movie Battleship opened in theaters recently.  While it seems a bit ridiculous to have a game based on a movie based on a children’s game, when you consider Battle for Everything is more akin to a tower-defense game it doesn’t seem so funny.  Recently I got a chance to talk to Amanda MacKay from GameTrailer TV on Spike about the game and the features included in it.  Here’s what the developers had to say about Battle for Everything:

The classic Milton Bradley game Battleship serves as inspiration for an action-adventure blockbuster premiering on May 18. But before it hits the big screen, online gamers will have the first crack at defending the Earth against alien invasion by land, air and sea in “Battle For Everything,” a new tower- defense game based on the movie.

The online video game, created by Coke Zero as part of its sponsorship of Battleship, will live online at www.battleforeverything.com. The game includes rich digital graphics, developed by B-Reel, and an original storyline that includes characters and graphics from Battleship. Players will star in the game as “Alex Hopper,” actor Taylor Kitsch’s character in Battleship. His brother, “Stone Hopper,” played by Alexander Skarsgard in the film, also appears in “Battle For Everything” as a helpful ally. Footage and some photography was pulled directly from the movie, but it is set into an entirely custom 3D environment.

You can find out more about the game in my interview below.