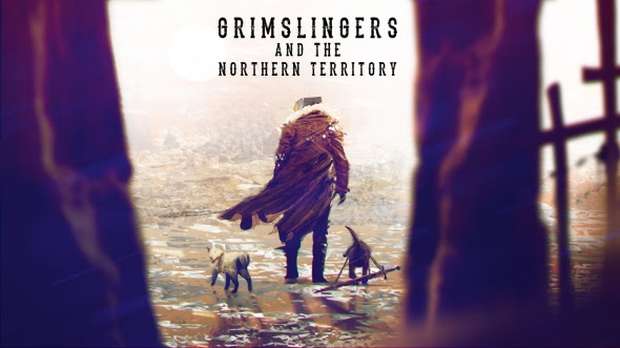 A trend seems to be incorporating RPGs into card games.  The Pathfinder Adventure Card Game is the best example.  Grimslingers from Greenbrier Games has a unique setting from the typical fantasy setting, and their expansion is up on Kickstarter now.

Grimslingers: The Northern Territory is now LIVE on Kickstarter!
Grimslingers is a strategic, sci-fi fantasy western themed card game, featuring two different modes of play – versus and co-op. In versus, players will go head to head in teams or a free-for-all using a wide selection of spells, items and abilities.

Grimslingers: The Northern Territory is an expansion to the Grimslingers core game, which refines and redefines all aspects of the game, while adding more of what players love. Improved gameplay and strategic choices in player versus player, along with a plethora of new solo/co-op content for players to delve into for many hours.

See the Kickstarter page for a full list of what the expansion offers and be sure to share the news with yer fellow ‘slingers!

Sounds like a fun experience that can accommodate short playtimes, and the Fate deck looks fantastic.  If you are looking for some sci-fi western action, then Grimslingers is something to look into.