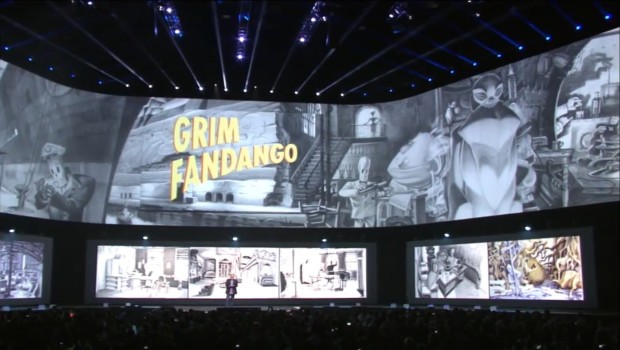 From the looks of it, the recently announced Grim Fandango remake won’t be PlayStation exclusive.

Grim Fandango is coming to PlayStation 4 and PlayStation Vita, but developer Double Fine has revealed that the remastered version of the beloved adventure game will also be coming to PC, Mac and Linux through its Twitter account.

Reap your heart out! We’re pleased to announce Grim Fandango will also be available on PC, Mac, and Linux alongside PlayStation 4 and Vita!

Despite this, Sony’s Gio Corsi confirmed that the game is in fact a console exclusive to PlayStation platforms, meaning it won’t be headed to the Xbox One or Wii U.

Sony revealed at its E3 press conference last month that a remastered version of Grim Fandango would be coming to PlayStation 4 and PlayStation Vita. There is no currently announced release date.