A new character has been added to the roster of upcoming DC Comics MOBA Infinite Crisis.

Green Lantern villain Sinestro has been confirmed to be included in the free-to-play game’s ongoing beta starting May 21st. Along with a video detailing the character’s play style, developer Turbine has released a bio recapping the character’s origin.

“In search of perfect order and vengeance upon his enemies, Sinestro’s power is fueled by fear. As a Blaster, Sinestro eliminates his enemies by spreading silence and fear to cull the weak.
A former mentor to Hal Jordan, he was once a renowned Green Lantern, praised by many. But when Jordan exposed Sinestro’s use of oppression and fear to “create order,” everything changed. Sinestro was put on trial and banished to the antimatter universe, where he found a new kind of power ring that channeled not Willpower, but Fear. In time, Sinestro would even come to control Parallax, the living embodiment of all fear.”

Sinestro will be available to players currently playing Infinite Crisis’ open beta on May 21st. 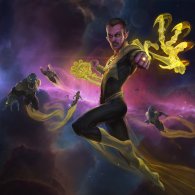 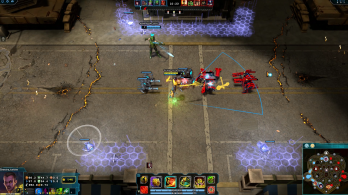 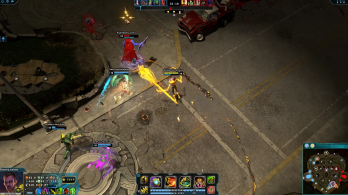